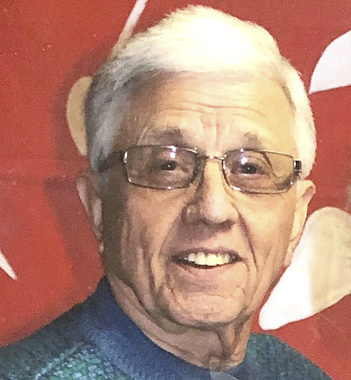 Back to Billy's story

Billy Bruce Donham, 91, of Mineral Wells, went to be with the Lord on Wednesday, January 22, 2020.
A memorial service is 11 a.m., Wednesday, January 29, at Mineral Wells Church of God, 2501 S.E. 14th Ave., Mineral Wells, with Pastor Jerrel Tomlin officiating.
He was born December 3, 1928, to Isaac Raymond and Cecil Faye Donham, in Caldwell, Kansas. Bruce married Velma June Pruett in 1949 and they had three sons - Ron, Dan and Zac. In 1952, Bruce and June began pastoring Foursquare Gospel churches in various states and were missionaries in Panama.
Survivors include his two sons; and many family members including numerous grandchildren and great-grandchildren
Bruce was preceded in death by his wife, June Donham; son, Ron Donham; and numerous other family and friends.
Baum-Carlock-Bumgardner Funeral Home
Published on January 23, 2020
To send flowers to the family of Billy Bruce Donham, please visit Tribute Store.

Send flowers
in memory of Billy

A place to share condolences and memories.
The guestbook expires on April 22, 2020.

Kay Donham
Sending my love and prayers to Dan and Zac. Your dad was a great man of Faith. Will miss him so much. He is happy now. ❤️❤️❤️
Don and Brenda Cobb
Sorry to hear about Brother Donham's passing. Really thought the world of him. We had some great times together. He was a special person in my life.
Jerry and Jennie King
What a powerful personality and man of God! So many good memories of Bruce’s great sense of humor! Our deepest condolences to the Donham Family. May your faith, love and memories sustain you during your time of grief and celebration of Bruce’s life.
View all