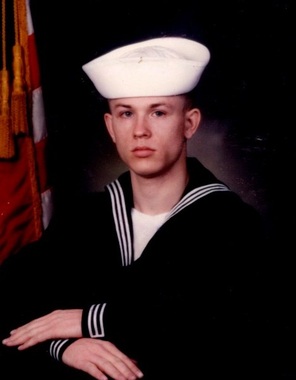 Back to Daniel's story

On January 30, 2020, Daniel Edward Farris, Jr. went home to be with the Lord. He was born in Kansas City, MO, to Dan and Victoria Farris on June 17,1975. He moved to Texas when his father was transferred to NAS Dallas in 1982. He attended elementary school in Seagoville, and middle and high school in Cedar Hill. He graduated from Cedar Hill High School in 1993. Dan participated in band, power lifting, football, and was a member of the Art Club.
After graduation, he enlisted in the Navy and was a participant in the Desert Storm Campaign. He was stationed in Honolulu, HI, at Pearl Harbor. Upon completion of his military tour, he returned to Texas. He attended Education America and earned an Applied Science degree in Technology and UT Arlington where he worked on a Geology degree. He worked for Intel in Arizona, Arlington ISD, and Lockheed.
On March 6, 2013, Dan married Mary Hearndon Gipson. They met in the Youth Department at First Baptist Cedar Hill in high school. He was a proud father when his son, Daniel III, was born August 5, 2014.
Dan enjoyed doing Civil War reenactments and outdoor activities. His aquarium held shells he collected while in the Navy. He continued to draw and paint and collect fossils and rocks. He will be greatly missed by his family and friends.
He is survived by his wife Mary Farris and son Daniel Edward Farris III, his parents Daniel and Victoria Farris, his brothers David (Taarna) Farris, Timothy (Jessica) Farris, sister Jenifer (Joe) Crowder and eight nieces and nephews.
His final resting place will be at the DFW National Cemetery in Dallas. A memorial service will be announced in the future.
Published on February 10, 2020
To send flowers to the family of Daniel Edward Farris, Jr., please visit Tribute Store.

Send flowers
in memory of Daniel

A place to share condolences and memories.
The guestbook expires on May 10, 2020.

Terry Owensby
Good golly, where does one begin? He was funny, made you laugh. Helped you when ever one would ask if he could. There is so much I could write of Daniel Farris Jr. I like when we roofed houses together sometimes and he always had easier ways to do things. Believe it or not it saved my back many a many a roofs. YOU are missed my great and fine nephew. Every time I looked at these birds gliding on the wind current of the sky...I thought of Grandpa Owensby now I will think of you and he. Megan Owensby (KC cousin)
Daniel,
I loved your painting that you made for grandma! The mountains, the sun, and the moon were in the painted artwork! I remember you saying you weren’t very proud of the painting because you accidentally put the sun AND the moon in the same piece without thinking about it. I thought it was still a masterpiece! So many colors & you spent countless hours on it making it for grandma. I wish I still had a picture of it. When we all lived together; grandma, my dad, me, and sis in grandmas basement were the best times ever! I remember visiting you on my dads weekends, & I would always ask my dad, “Is Daniel going to be at grandmas?” I always looked forward to seeing you on those weekend...s. You were like an older brother that I never had and I will never forget it.

Love always,
Megan OwensbyRead more
Terrie Sue Owensby Murphy
Daniel was so funny and I always loved seeing him when everyone came to visit. Prayers for you all. I will miss him very much 💖💐
View all