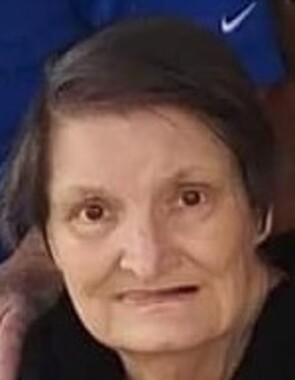 Back to Diana's story

Diana Reeves, 65, of Weatherford, passed away on Tuesday, July 16, 2019. A memorial service celebrating her life will be held at a later date to be announced.
Diana was born on March 27, 1954 in Spur, Texas to Leon and Agnes Moore. She married the late Eddie Reeves, Sr. and together had two children, Eddie, Jr. and Alice. She enjoyed reading, doing puzzles, coloring, and bowling. Additionally, Diana enjoyed outdoor activities including camping and fishing. She will be remembered for her sense of humor and additionally for her fried chicken. She was a former member of Victory Baptist Church in Weatherford. Most of all, Diana will be remembered for her love and devotion to her family - particularly her grandchildren and great-grandchildren.
Diana is survived by her children, Eddie Reeves, Jr. and Alice Reeves; her grandchildren, Taya, James, and Kylie Reeves; 10 great-grandchildren; her close niece, Vicky Rushin; her siblings, Ann Fuller, Demore Moore, Marjorie Fuller, Dell Moore and Louise Smith; and by numerous nieces and nephews.
In addition to her parents, Diana was preceded death by her husband, Eddie Louis Reeves, Sr.; and by her siblings, Doyle Moore, Allen Moore, Wayne Moore, Roy Moore, Leland Moore Bob Moore, and Jerri.
Published on July 18, 2019
To plant a tree in memory of Diana Reeves, please visit Tribute Store.

Plant a tree in memory
of Diana

A place to share condolences and memories.
The guestbook expires on October 16, 2019.

Restore this Guestbook to share a memory or message of condolence of your own.