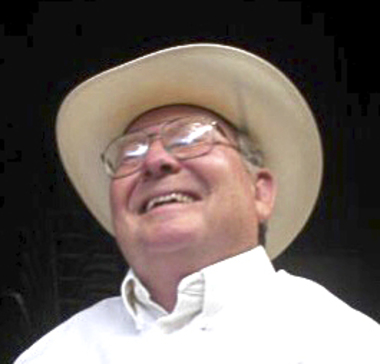 Back to Gary's story

Gary Wade Nelson passed away Monday, December 2, 2019.
Visitation is 6-8 p.m. Wednesday at Baum-Carlock-Bumgardner Funeral Home. Service is 1 p.m. Thursday at the funeral home, with burial following at Woodland Park Cemetery.
He was born July 25, 1947, to John Willis and Stella Mae Meek Nelson, in Mineral Wells. Wade served in the United States Navy during the Vietnam War. He was a member and past commander of the American Legion Post 75, member of the VFW Post 2399, and a member and past Tallier of the Palo Pinto County Sheriff's Posse.
Wade is survived by his wife of 34 years, Betty Alice Nelson; children, Terry "Tag" Gifford and Kathy Gifford; sons-in-law, Dan Turk and Rudy Silva; grandchildren, Kimberly, Alicia, Todd, Alyssa and Courteney; five great-grandchildren; sister, Gladys Cowley; and numerous extended family and friends.
Wade was preceded in death by his son, Steve; great-grandson Gabriel; sister, June; and brother, John W. "Dub".
Baum-Carlock-Bumgardner Funeral Home
Published on December 3, 2019
To plant a tree in memory of Gary Wade Nelson, please visit Tribute Store.

Plant a tree in memory
of Gary

A place to share condolences and memories.
The guestbook expires on March 02, 2020.

We are sadden to hear about Wade and our Condolences to His Family and to Betty. He was a great man and we are blessed to have known him.

Bobby & Renee Lewis
Just loved that man.Always so happy & such a jokster.He loved to listen to Bobby play & sing music when he would come out to the American Legion.Sending prayers to all the family.He has a great family that loved him very much.
Margaret Watkins
So sorry to hear this. Wade was such a good man. Always something funny to say. Will miss him. Prayers for the family.
View all