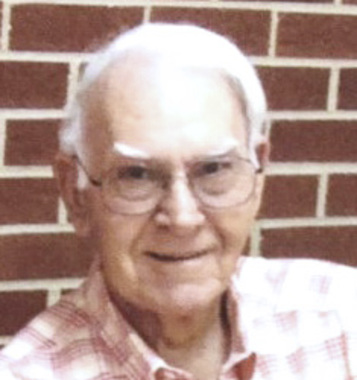 Back to Kenneth's story

Kenneth King Hayes, 85, of Mineral Wells went to be with the Lord on Thursday, January 30, 2020.
A graveside service will be held at 2 p.m. Saturday, February 8, at Woodland Park Cemetery with Pastor Eric Douglas officiating.
He was born on March 15, 1934, to Darrell and Ruth Beasley Hayes of Mineral Wells. King married Billie Jane Andress in 1954; they had two children, Kent and Lynn. King had a business degree from TCU and worked for his family's lumber yard, Hayes Lumbar Company, after which he retired from PVI Fort Worth at 70 years of age. King was a 50-plus year member of the Masons and the Palo Pinto Sheriff's Posse.
Survivors include his wife of 65 years, Jane Hayes; son, Kent Hayes; daughter and son-in-law, Lynn and Norman Deisher; grandchildren, D'Lynn Deisher Adams, Greg Deisher, and Robert Deisher; and 10 great-grandchildren.
In lieu of flowers donations may be made in King's name to First Untied Methodist Church of Mineral Wells.
The Hayes family would like to thank all the doctors, nurses, hospice and home health care workers that took such genuine care of King and all the friends that supported him through visits, food and prayers.
Baum-Carlock-Bumgardner Funeral Home
Published on February 4, 2020
To send flowers to the family of Kenneth King Hayes, please visit Tribute Store.

Send flowers
in memory of Kenneth

A place to share condolences and memories.
The guestbook expires on May 04, 2020.

Alvarine Warren Kluck
So sorry to hear about King . I remember him well in the years we were in High School . He always had a smile . Jane , my thoughts and prayers are with you.
View all