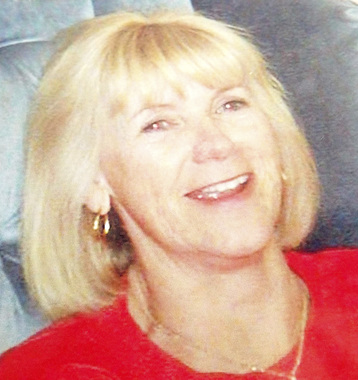 Back to Mary's story

One of Mary Jane's favorite sayings was "You can take the girl out of Mineral Wells (Texas) but you can't take Mineral Wells out of the girl."
She died January 27, 2020, and will be buried in Mineral Wells in a private service. There will be a memorial celebration of Mary Jane's life at 2 p.m. Friday, February 28, in the Fellowship Hall at First Christian Church, 302 N.W. 6th Street, in Mineral Wells. All friends are invited.
Mary Jane Long Rapp Scharnberg was born July 9, 1942, at home in Mineral Wells. She was the baby of five children born to Vivian and Lorena Long.
Mary Jane was an amazing woman although she claimed that she was just an over achiever. She went through school in Mineral Wells, where she was a standout basketball player, the first girl to letter all four years. She was all-district her senior year. She was also on the tennis team, which started her lifelong passion for tennis. She was a class officer, in the band and was the class of 1960 valedictorian.
Her senior year she met Jesse Rapp at the Dairy Queen. Right after graduation, they married and he moved her to Oklahoma City and then Edmond. There they built their first house and it even had a tennis court where she played and taught tennis. One of the women's tennis teams she played on won state and went to the midwest regional tournament. She attended college at the University of Central Oklahoma, where she was very active in women's athletics. She received her master's degree in Physical Education. Following graduation she taught physical education and coached tennis in several schools in the Edmond area. Both her children were born in Edmond. Jesse died in 1990 and she continued living in Edmond.
In 1997, when she was back in Mineral Wells for one of the Class of '60 gatherings she had organized in the early 1990s, she stopped at the Dairy Queen (the information center of Mineral Wells). An old classmate she had known since the third grade but hadn't seen since high school happened to be there since he was in town working in his mother's house. She invited him to attend the reunion at the Brazos River that night and he did and they renewed their earlier friendship. The Class of '60 had a 40th reunion in 2000 and Mary Jane was one of the organizers. She drafted Joe to be the treasurer. After a few planning sessions for the reunion, they started contacting each other more often. Eventually the long distance relationship got serious. Mary Jane always told her single friends, "go to the Mineral Wells Dairy Queen. I've had great luck there finding all my husbands."
In 2002 they married and she moved to Houston. They bought a house just down the street from the tennis courts. She quickly immersed herself in new activities in Houston and met new people. No one was ever a stranger for long around her. She loved everyone and everyone loved her.
One time on a visit back to Edmond, a friend gave her a 6-year-old Shih Tzu named Rookie. Joe didn't like that name, so he dropped the Ro off and just called him Okie. He became the love of her life, living for 18 years. His ashes will be buried with her.
In Houston she loved the symphony, opera and ballet, museums, art galleries, played tennis several times a week, played bridge in some groups, was a leader in the neighborhood women's club, played clarinet in the New Horizons band, and enjoyed activities at the West Side Tennis Club and with her church. She loved the mission trip she went on to Kenya. Through her organizing, her neighborhood block won the Best Street Christmas Contest four of the last five years in her subdivision.
She was involved and was an organizer. She enjoyed the year-round tennis weather afforded her in Houston. She often said she never wanted to live north of I-10. After Joe retired in 2003, they traveled all over the U.S. and many places overseas. Her organizing ability will be greatly missed. She lived an amazing full life. She will be missed by many people.
She is survived by her husband, Joe Scharnberg, of Houston; daughter, Suzanne, of Houston; son, Cameron, of Oak Cliff; sister, Dorothy, of Corpus Christi; brother, Leon, of Austin; brother, Fred, of Brownwood; and numerous nieces and nephews.
We request contributions be made to the Houston SPCA in lieu of flowers.
Published on February 18, 2020
To plant a tree in memory of Mary Jane Scharnberg, please visit Tribute Store.

Plant a tree in memory
of Mary

A place to share condolences and memories.
The guestbook expires on May 18, 2020.

Kyla Bain
Mary Jane was more like a Grandmother to my sons than a Great Aunt. Quinn and Chase Long grew up in Oklahoma near her and she was involved and engaging with them as much as she was with all her nieces, nephews, and great nieces and nephews. We have so many great memories that will be cherished along with great recipes she passed down to us.
Clyde Copeland
Mary Jane was a very special person. I first met her via my cousin Pat prior to high school. Overtime we became good friends in high school. She as very active in Class of 1960 meetings where my sister and wife became friends with her. My sister Linda also had met her via our cousin Pat Nevils prior to high school as well. Ironically I first saw my wife of 55 years , Sandy Varnell, at the Dairy Queen in Mineral Wells. Jodie and I were also close schoolmates. I will remember her in my prayers.
Leon and Neva Long

Beautiful in Blue was purchased for the family of Mary Jane Scharnberg by Leon and Neva Long.  Send flowers

Janice Weeks Kavanaugh
I have lots of special memories of Mary Jane as we worked at the local swimming pool for two summers together. I was also a member of the Mineral Wells Mountaineer Band with Mary Jane, and was a year behind her in school. We went to Weatherford College and Central State together. Mary Jane was a bridesmaid in my wedding and the memories we shared are unforgettable. RIP
View all