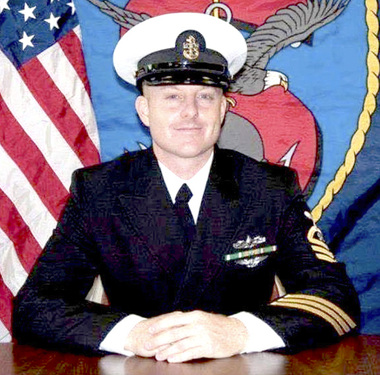 Back to Michael's story

Michael Lee Underwood, 45, passed away Tuesday, March 17, 2020.
Service is 2 p.m., Monday, March 23, at First United Methodist Church, in Jacksboro, with burial following at Perrin Cemetery. Visitation is 4-6 p.m. Sunday at his parent's home in Whitt.
He was born January 7, 1975, in Eastland. Michael was an avid hunter, great fisherman and a Dallas Cowboys fan through and through. He retired as a Senior Chief from the United States Navy. During his 23 years of service, Michael had been deployed to Iraq, Bahrain, Italy and San Diego. He also received Sailor of the Year on two separate occasions. Upon retirement, Michael moved back to Texas, where he purchased his first home on Lake Granbury.
Survivors include his mother, Candice and David Mitchell; daughter, Kyndra Ables; sister, Jennifer Underwood; brother, Monty Mitchell and wife, Lauren; sister, Heather Jennings and husband, Cory; nieces and nephews, Kason Smith, Bryson McGee, Camery Woods, Jax Raspaud, Kylie Raspaud, Jeremiah Woods, Elijah Robinson and Brayden McGee; and numerous aunts, uncles, cousins and friends.
He was preceded in death by his father, James Underwood; and sister, Wendy Underwood-Raspaud.
In lieu of flowers the family the family request donations be made to the Wounded Warrior Project.
Baum-Carlock-Bumgardner Funeral Home
Published on March 20, 2020
To send flowers to the family of Michael Lee Underwood, please visit Tribute Store.

Send flowers
in memory of Michael

A place to share condolences and memories.
The guestbook expires on June 18, 2020.

Peggy Smith Bridges
I'm so saddened to hear this about Mikey. Known him for over 20 years and not to long ago I had seen pictures of him and Jeff hanging out. Rip Mikey you were such a good guy.
Frank Sanchez
My condolences, word can never express the heartbreak that I feel for your lost. Mike was my Chief, friend and mentor on the USS Gladiator. He was such an awesome person I can’t believe he’s gone. He was so young, though we didn’t keep in touch after I transferred I carried a lot of his leadership skills and people skills that he thought me. He was such a great man, I know that he will be missed dearly. Again my condolences and I pray for you and your family during this devastating time in your life. Love you my brother, Retired CSC (SS/SW) Frank Sanchez
EMIELY SAMPAYAN

Joyful Memory was purchased for the family of Michael Lee Underwood by EMIELY SAMPAYAN.  Send flowers

Becky DeMarinis
Today, and everyday, you are in my heart. I cannot know the loss that you are feeling today, but I can send you my love and the knowledge that I am praying for you and your family, that Our Lord will be with you in this time of sorrow, to comfort you, strengthen you, and give you grace and peace to endure. I would give anything if I could be there with you. Sending Hugs ()()() and Kisses.
Mike Asuncion
Mike was my step dad, but considered him more then just a step dad. He help me throughout my entire life and that family was important. I will always remember our adventure fishing and going trail walking. The times you spent watching me play sports and supporting me. Thanks for always being there for me. I will miss you. May you rest in peace.

Love you forever,
Your son Lil Mike
Bernard Dwight
I met Mike Underwood 1996 on board USS Peleliu LHA 5 and we have maintained our friendship ever since. I wish miss sharing all my pics of dishes I created mostly because of your inspiration. You taught me how to make sushi rolls and I will never forget!

My brother forever!
Rebecca Parsons
Thank you for your service Michael and Rest In Peace.
Christopher Long
I worked with Mike during our tour on a Mine Countermeasure ship in San Diego and Bahrain. He was someone I could always turn to and get the help I needed. I kept in touch with him after our tours ended and cannot believe he is gone. RIP Mike. Fair winds and following seas!
Rex De Leon
I made it thru Chief’s initiation with Mikee and his energy, patience and wisdom got us thru it. Such a loving man with so much care for his Sailors. I am going to miss you my brother.
Rosa
Mikey, thank you for all the wonderful memories my family and I had and shared with you. ❤️🌹
Eric Nelson USS Higgins
Mike, you had an Infectious energy and always encouraged everyone to do their best. I remember you talking me through a dark time on the Higgins when I had never felt more alone. To everyone, you were a great person and treated anyone with respect. This hurts my brother... rest easy. All love and prayers to your family.
View all 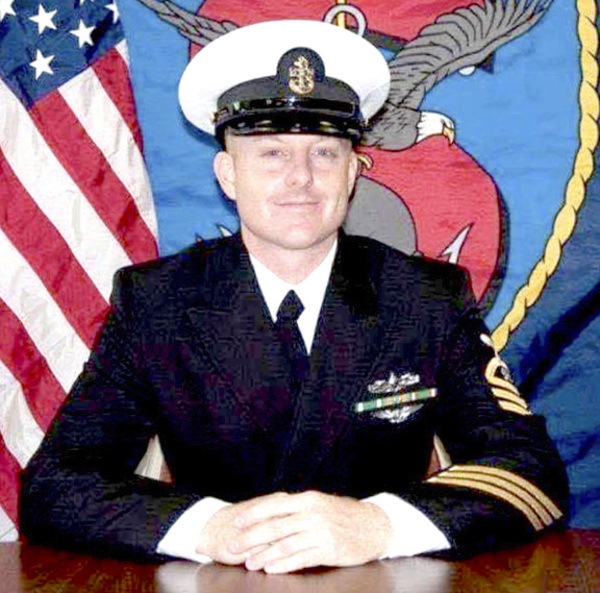