Back to Paul's story

Paul Andrew Glover
June 28, 1973-January 24, 2020
Paul was born June 28, 1973 to parents Steve and Dusty Glover of Mineral Wells, TX. Well known for his kindness and willingness to go out of his way for others, Paul was the owner of the Brazos Lounge. He was also an upcoming Mineral Wells entrepreneur with future projects to aid in the revitalization of his community including the rebuilding of the Crazy Water Hotel. He had a deep love for classic cars and Dr. Pepper. He will be remembered by many for the man that he was and missed by all for the man that he is. He was preceded in death by his soulmate, Katrina "Kat" Glover, his Grandpa Thomas Edward "Ed" Wright, his Uncle "Bub" Raymond Wright. He is survived by his parents, Steve and Dusty Glover, grandmother Jeanne Wright, sons Jordan Glover and Bryant Armstrong, daughters Adrianne Larson and Hailey Dupsky, Grandchildren Aaliyah Larson, Aubree McDaniel, and Lane McDaniel, brother Ray Glover (wife Casey), sister Stephanie Knights (husband Devon), nieces Skye Glover and MacKenzie Williams, nephew Nathan Williams, Aunts Del Orange (husband Gregg) and DeAnca Ingram (husband John), Tracie Wright, cousins Micheal Hall, Misty Hall, Tina Johnson, Chip Johnson and Hunter Champion, his never-ending list of friends and his canine companion, Jax. His physical body will lie forever beside his beloved Kat at Woodland Park Cemetery in Mineral Wells, Texas. If yours was one of the lucky souls that God chose to play a role in his life, consider yourself lucky, because you were.
Condolences may be left at www.bcbfuneralhome.com.
Baum-Carlock-Bumgardner Funeral Home
Published on January 28, 2020
To plant a tree in memory of Paul Andrew Glover, please visit Tribute Store.

Plant a tree in memory
of Paul

A place to share condolences and memories.
The guestbook expires on April 27, 2020.

Love's Tapestry was purchased for the family of Paul Andrew Glover by Steve and Nancy Clausen.  Send flowers

Lacey Poe
We will live for you forever, miss you every second of always, and we will love you for eternity! You are a beautiful, wonderful person, and I’ll never understand why... God bless you, and your family. Thank you for always being so sweet and funny when we needed it most! RIP Paul... May we meet again.🙌🏼
Adrianne
Best FATHER ever!!!!!
I will miss you incredibly every. single. day. Jacob Richard
R.i.p Paul u will greatly be missed u always had smile on ur face no matter what
Brenda Kay Russell
Gone but not forgotten!!! Mineral Wells will miss you!!! R.I.P. Mr. Paul
Justin Hubble
You were a great guy. You'll be missed.
MICHAEL A HALL
Hey brother miss you already. Going to miss your Dam your ugly comments every time I saw you followed by an I love you brother with a hug. Lots of memories with you Bro your first car your first Apartment. Lol the time me and Ray had to look at your red blistered butt for 30 min all the way home. Being dropped off in your Camraro at the Skating rink. You cracking me up because you would put your middle finger up your nose. Looked up to you more than you would ever know. Maybe I should of told you. Know I will get too in the Future love you Sir.
Stephanie Jewett
Gonna miss you Paul rest in paradise 🙏🙏 🙏❤️ ain't gonna be the same without your spontaneous personality 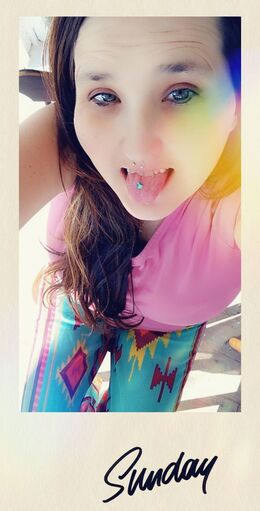 Lynn sprowls
My thoughts and prayers are with the family R.I.P. Paul your greatly missed and loved by many
Nancy Barnes Ragsdale

There are no words that will ease the pain but with a broken heart I will say this . it may not feel like it but it will get better someday . remember his big smile and his love for his family , cherish those amazing memories you have and never forget them . he will always be with you , with all of us and believe that now he is with his beloved Kat and is smiling in the light and rid of all the demons that he was facing .. Just remember that and someday the hurt and sadness will fade an you will smile at the mentioning of his name because u will remember a random great memory .. Love and miss you Paul R.I.P. always , Nancy & Cheyenne...

Angel Jimenez
My heart goes out to Paul’s family!
My condolences to each and everyone!
View all