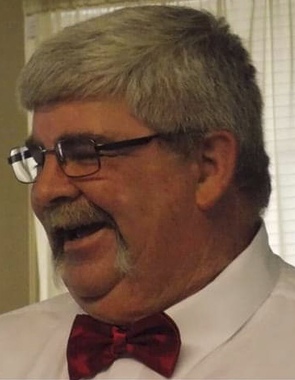 Regis Raymond Alder, Jr. passed away Sunday, August 11, 2019. He was born the son of Regis and Agnes Harriet Keyho Alder, Sr. on November 12, 1965, in Pittsburg, Pennsylvania. Reggie was a mechanic and was a firefighter/EMT for Santo Fire Department for 17 years. He was an avid BBQ cook going to cookoffs and previously owned Chubby's BBQ. Regis will be missed by all who knew and loved him.
Visitation will be 6-8 Friday evening at the funeral home. Funeral services are 10 a.m., Saturday, August 17 at Baum-Carlock-Bumgardner Chapel with burial following at Woodland Park Cemetery. Due to the sudden loss of Regis, the family is asking donations may be made to the funeral home.
Survivors include his wife, Terrie Alder; daughter Hollie Anette Alder and spouse Clint Lake; step-sons, Randall Scott Henderson and wife Onita, Joshua Wayne Longnecker and Kayla Cain, Casey Lee Longnecker and Courtney Hall, Andrew Lynn Longnecker and Whitney Whitenburg, and Chris Smith; step-daughter, Tiffany Weaver and husband Michael; grandchildren, Christian Scott Henderson, Kason Wayne Longnecker, Branson Longnecker, Braislee Longnecker; siblings, Regis Gibson and wife Donna, Elaine Wilt, Daniel Paul Alder and wife Mary, Burnie Alder, and Michael Alder; and numerous extended family and friends.
Published on August 13, 2019
To plant a tree in memory of Regis Raymond Alder, Jr., please visit Tribute Store.

Plant a tree in memory
of Regis

A place to share condolences and memories.
The guestbook expires on November 11, 2019.

Restore the guestbook to view the 13 more posts by family and friends, and share a memory or message of condolence of your own.