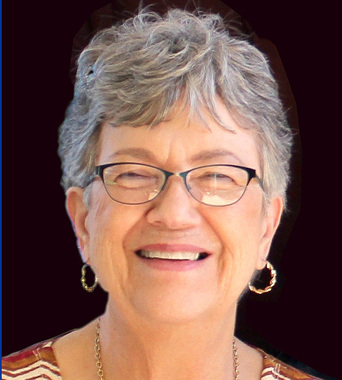 Reta Jean Seely Crook passed away October 16, 2019 at the age of 83.
Visitation and funeral service will be at Southside Church of Christ in Mineral Wells on Saturday, October 19. Visitation is 2-4 p.m. and funeral service is at 4 p.m., as arranged by Baum-Carlock-Bumgardner Funeral Home. William Eudy and Mark Edge will officiate.
She was born September 15, 1936. Reta graduated from Iredell High School and got a job in Dallas with Sears as a fashion model and typist for the Sears catalog. She often went back home, where she met a single Church of Christ preacher, Ray J.Crook, and fell in love. They were married on February 15, 1957, in Iredell. They moved from there to where Ray would preach in Shamrock, McGregor, Madres, Ore., Graham, and finally in Mineral Wells, where Ray eventually retired. He did fill-in preaching at Graford and Santo. She spent most of her life as a preacher's wife. Reta loved God, loved her husband, loved her family, and loved everyone she met.
Reta was very active in church work: teaching children's classes, Tuesday School, Tabitha classes, youth groups, and filled in as church secretary. Probably her favorite of these was teaching the Tabitha class because she could have many part-time daughters.
Many people know her as a Mary Kay representative, in which she won many awards for just being herself. She made others feel beautiful, inside as well as outside. But her most important job was being a wife and mom.
When times were hard, she made her own dresses, as well as suits for her husband and sons. She made sure they all had new clothes for Easter. No one was any the wiser that the clothes weren't store-bought. She was very talented in other crafts as well.
Once when Ray was fussing about the boys tearing up the backyard with various projects, Reta replied, "The front yard is for growing grass, and the backyard is for growing boys." She knew the importance of a good appearance, but knew character was even more important. This was displayed throughout her life. She was the essence of the Godly woman found in Proverbs 31.
Even at the end with all of her pain, Reta could force a smile and a twinkle in her eyes that said, "I love you."
She leaves behind three sons, Stephen Crook, Jay Crook and wife, Becca, and Russell Crook, and wife Jill; her grandchildren, Ryan Roden, Lyndi Young, Sierra Kellermeyer, Cheyenne Reta Crook and Gray Crook; as well as four great-grandchildren. She leaves behind five brothers and a sister, Eddy Seely, Ralph Seely, Tommy Ray Thompson, Troy Thompson, T.L. Thompson, and Eva Setty She also leaves behind 13 nephews and five nieces.
She was preceded in death by her husband of 50 years, J. Ray Crook, of Mineral Wells; parents, Agnes Thompson, of Iredell, and Ed Seely, of Clovis, Calif.
Baum-Carlock-Bumgardner Funeral Home
Published on October 17, 2019
To plant a tree in memory of Reta Jean Crook, please visit Tribute Store.

Plant a tree in memory
of Reta

A place to share condolences and memories.
The guestbook expires on January 15, 2020.

Restore the guestbook to view the 14 more posts by family and friends, and share a memory or message of condolence of your own.